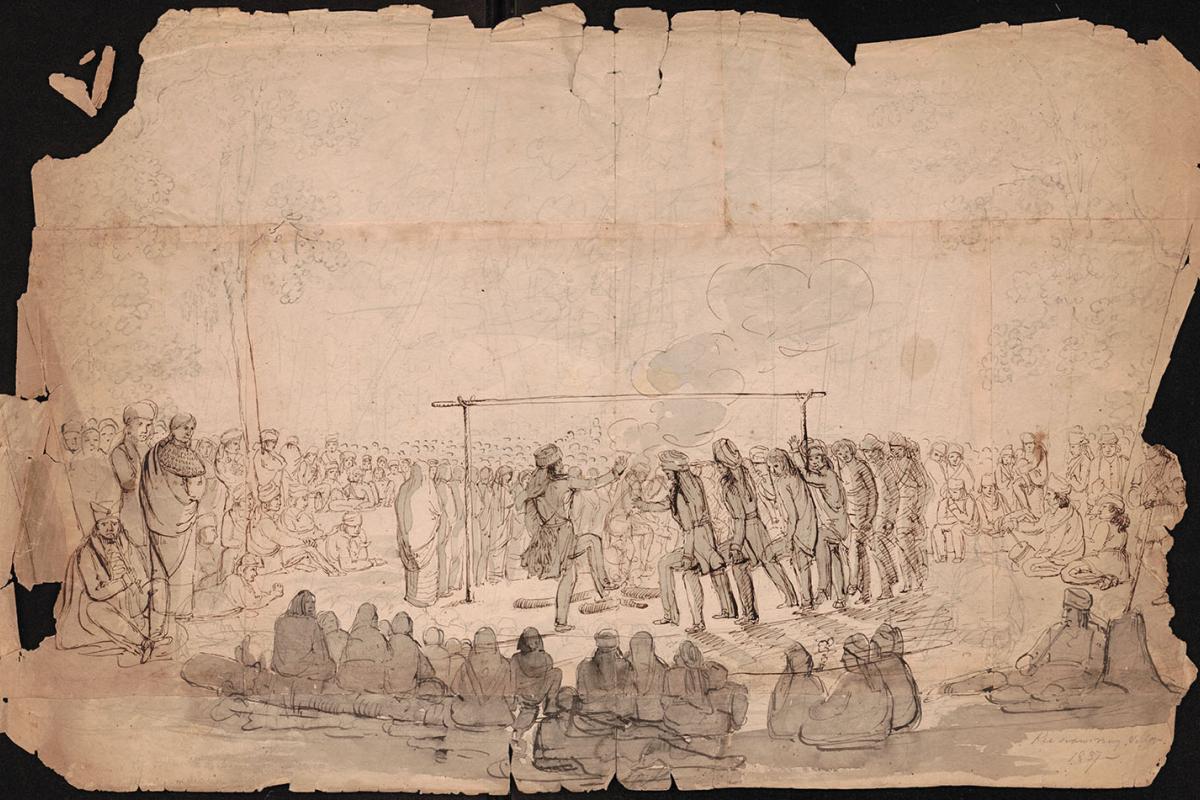 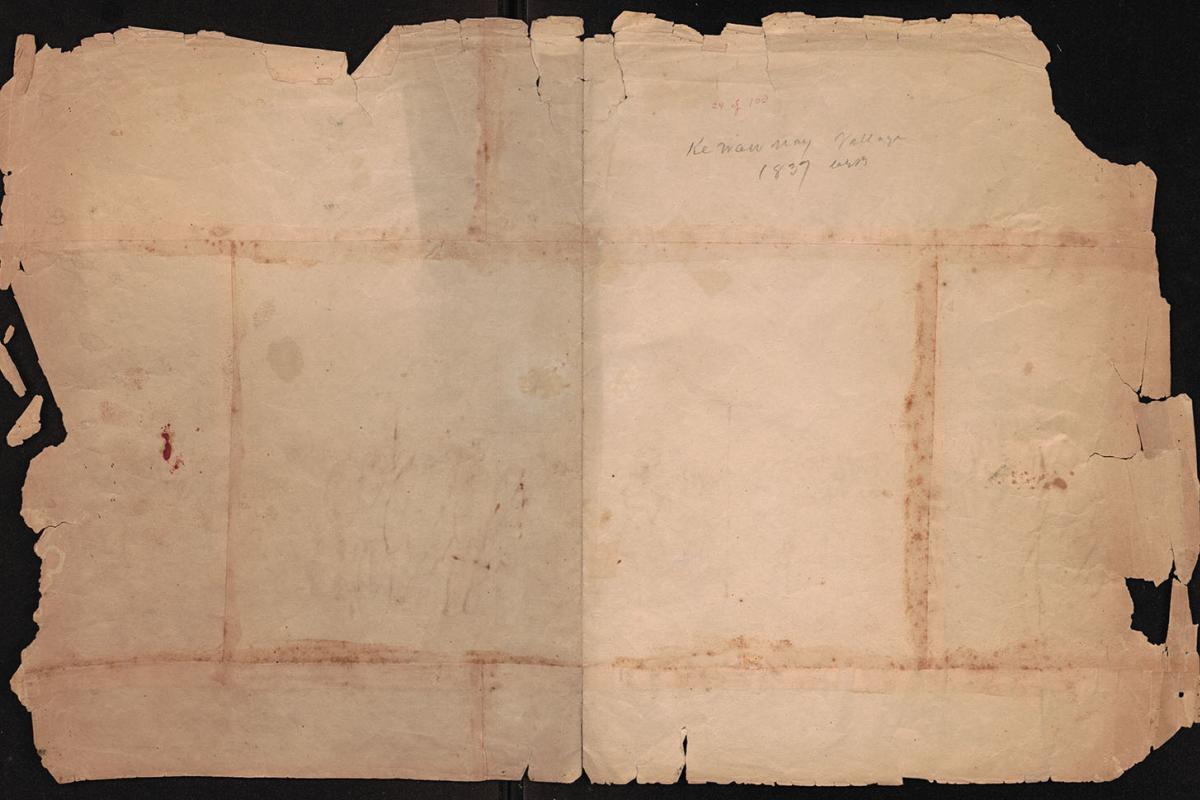 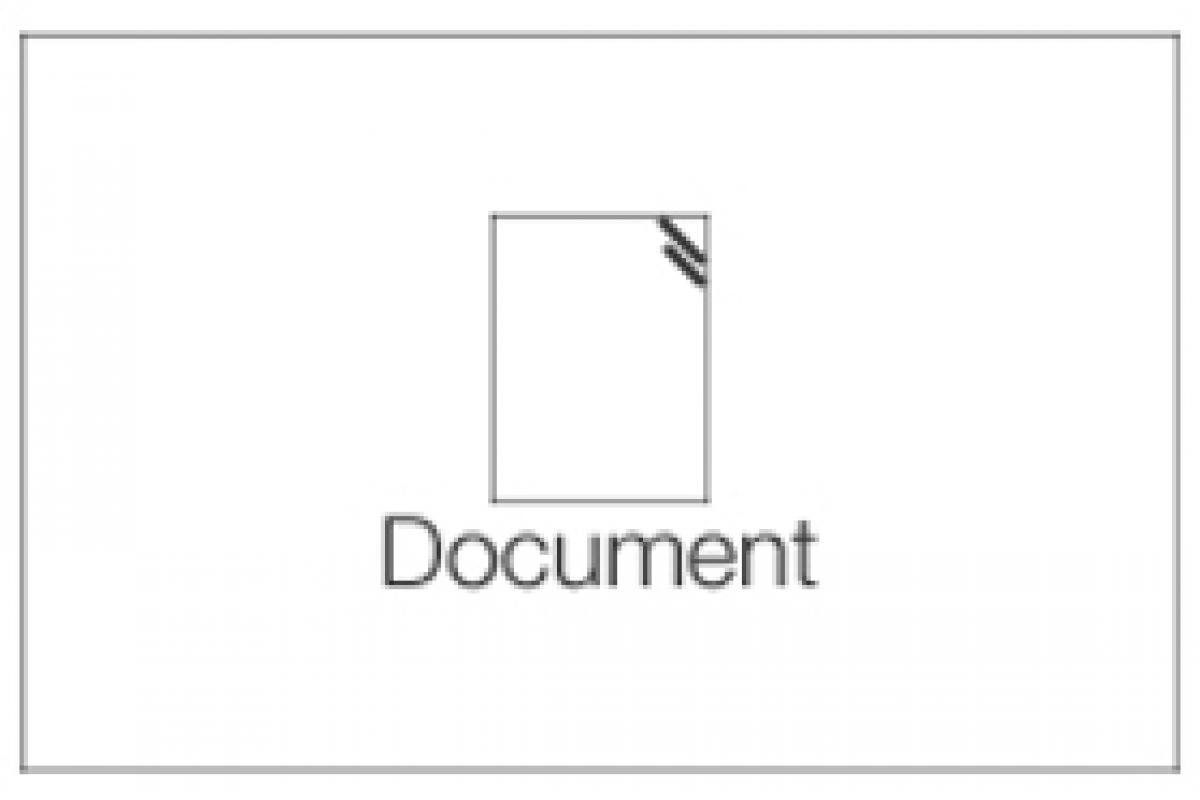 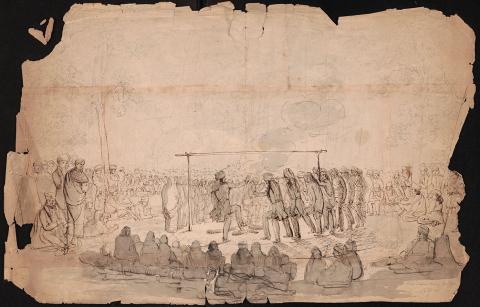 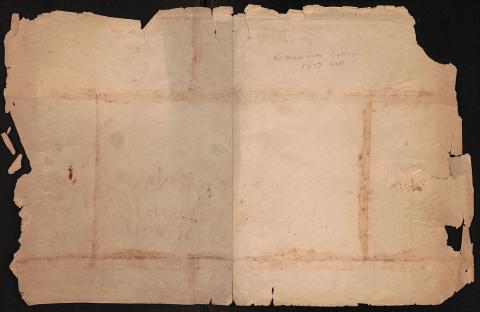 This unfinished sketch depicts a Potawatomi gathering in 1837 in "Kee waw nay Village," near what would later be called, "Bruce's Lake" in norther Indiana. While no specific individuals have been identified, a water drum and a lodge pole have been pointed out, indicating the use of Midé practices.

From Wikipedia: "George Winter (June 10, 1809 – February 1, 1876) was an English-born landscape and portrait artist who immigrated to the United States in 1830 and became an American citizen in northern Indiana's Wabash River valley. Winter was one of Indiana's first professional artists. In addition, he is considered the state's most significant painter of the first half of the nineteenth century. Winter is especially noted for his sketches, watercolors, and oil portraits that provide a visual record of the Potawatomi and Miami people in northern Indiana from 1837 to the 1840s, as well as other figures drawn from his firsthand observations on the American frontier.

Winter is better known for the historic value and subject matter of his work, rather than his artistic skill and mastery of technique. Not well known outside of Indiana during his lifetime, Winter gained notice with his portrait of Frances Slocum, a Quaker who was abducted in Pennsylvania by Delaware (Lenape) warriors when she was a child and grew up to become the wife of a Miami chief in Indiana. The Slocum portrait, along with his other work, has appeared in several publications and art exhibitions. Winter's art and other materials are represented in public collections in Indiana (Haan Mansion Museum of Indiana Art), Wisconsin, and Pennsylvania." [accessed April 4, 2018]

"Kee waw nay" Lake aka Bruce's Lake. Likely location of where sketch was made in 1837.